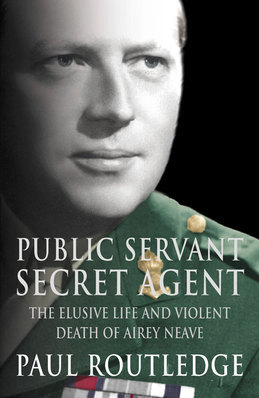 The first biography of Airey Neave, Colditz escapee, MI6 officer, mastermind of Margaret Thatcher’s leadership campaign and on the verge of being her first Secretary of State for Northern Ireland when he was brutally murdered in the palace of Westminster by the INLA.

On 30 March 1979 for the first time in more than 100 years an MP was killed by a car bomb in the precincts of the House of Commons. Airey Neave was a loyal Tory backbencher who had last held ministerial office in 1959. What, then, had he done to deserve such a vicious and bloody attack?

Public Servant, Secret Agent tells the thrilling tale of Neave's escape from Colditz, his involvement with the secret services and his shadowy role at the right of the Conservative party. With new information about the mysterious circumstances surrounding Neave's death, Paul Routledge has written a captivating and revealing life of a man who was the ghost in the establishment.