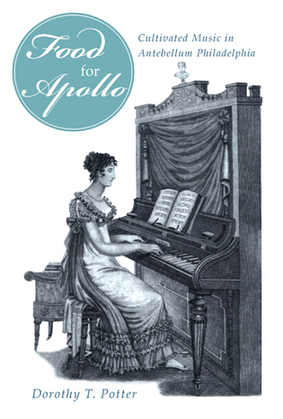 'Food for Apollo:' Cultivated Music in Antebellum Philadelphia details the evolution and significance in that city of what is often called 'classical' music. Performances in a variety of settings, from 'long rooms' in taverns to large theatres and concert halls, facilitated this process over approximately 100 years. Philadelphia's thriving music publishing trade, award-winning pianos, and its literary magazines helped supply the desire of America's middle and upper classes for culture and refinement. It was not uncommon in antebellum America to intersperse cultivated works with vernacular tunes, in concerts and even operas in English translation. While a number of European composers enjoyed substantial fame, Wolfgang Amadeus Mozart is the primary example in this study. He was chosen because of the adaptability of his music to domestic entertainments, and the public's fascination with his life as a prodigy and tragic genius.