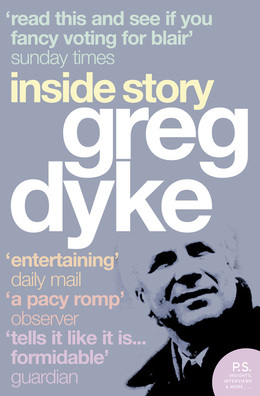 ‘“How did a short bald, man with a speech impediment have such an impact?” How indeed? Like his life, “Inside Story” is a pacy romp. Honest and heartfelt, it should be required reading.’ Observer

On 28 January 2004, four years to the day after becoming a much-loved Director-General of the BBC, Greg Dyke left his post and entered the public eye after the publication of the Hutton Report.

But Greg Dyke’s story started long before he reached the BBC. Written off as a failure at school, unemployed at thirty, his big break came as a current affairs researcher at London Weekend Television in 1977. From there he rose through the ranks of independent television, becoming the person responsible for briefly saving TV-am, thanks to Roland Rat, before running LWT, Channel Four and Pearson Television. In his riveting and frank autobiography, Dyke charts his astonishing and unconventional rise to the top, his unwavering determination and courage in improving the BBC and his defiant stand against Downing Street’s campaign of harassment. His autobiography is the story of a man of our times and of the power of television: entertaining, funny and explosively revealing.