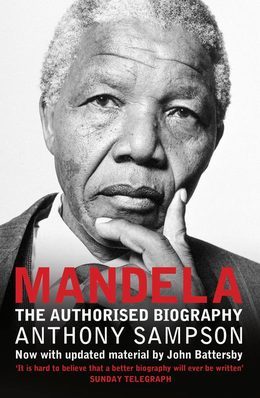 Widely considered to be the most important biography of Nelson Mandela, Antony Sampson’s remarkable book has been updated with an afterword by acclaimed South African journalist, John Battersby.

Long after his presidency of South Africa, Nelson Mandela remained an inspirational figure to millions – both in his homeland and far beyond. He has been, without doubt, one of the most important figures in global history. His death, on 5 December 2013 at the age of 95, resonated around the world.

Mandela’s opposition to apartheid and his 27 year incarceration at the hands of South Africa’s all-white regime are familiar to most. In this utterly compelling book, eminent biographer Anthony Sampson draws on a fifty year-long relationship to reveal the man who rocked a continent – and changed its future.

With unprecedented access to the former South African president – the letters he wrote in prison, his unpublished jail autobiography, extensive conversations, and interviews with hundreds of colleagues, friends, and family – Sampson depicts the realities of Mandela’s private and public life, and the tragic tension between them. Updated after Sampson’s death with a new afterword by distinguished South African journalist John Battersby, this is the ultimate biography of one of the twentieth century’s greatest statesmen.