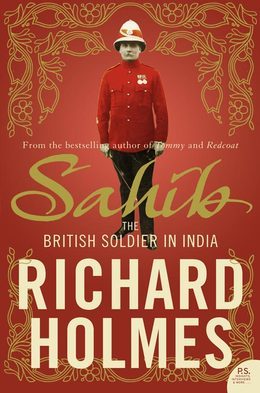 by Richard Holmes (Author)
Non-Fiction History History by country United States Other Military
EPUB
26 Loans, One at a time
Details

Sahib is a magnificent history of the British soldier in India from Clive to the end of Empire, making full use of personal accounts from the soldiers who served in the jewel in Britain’s Imperial Crown.

This is a stunning account of Indian soldiering in peace and war, from the barrack rooms to the cavalry swirling across open plains. Bestselling military historian Richard Holmes not only illuminates the lives and feelings of the men who served, but also those of the women who followed them across a vast continent, bore their children, and suffered alongside them in the merciless conditions.