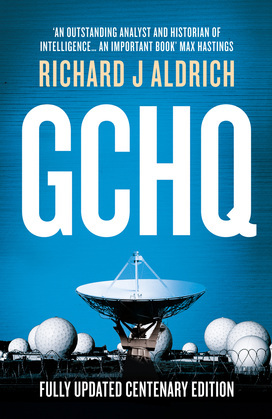 by Richard Aldrich (Author)
Non-Fiction History History by country United States Other Military
EPUB
26 Loans, One at a time
Details

As we become ever-more aware of how our governments “eavesdrop” on our conversations, here is a gripping exploration of this unknown realm of the British secret service: Government Communication Headquarters (GCHQ).

GCHQ is the successor to the famous Bletchley Park wartime code-breaking organisation and is the largest and most secretive intelligence organisation in the country. During the war, it commanded more staff than MI5 and MI6 combined and has produced a number of intelligence triumphs as well as some notable failures. Since the end of the Cold War, it has played a pivotal role in shaping Britain's secret state. Still, we know almost nothing about it.

In this ground-breaking book, Richard J. Aldrich traces GCHQ's evolvement from a wartime code breaking operation based in the Bedfordshire countryside to one of the world's leading espionage organisations. Focusing in part on GCHQ's remarkably intimate relationship with its American partner, the National Security Agency (NSA), Aldrich also examines both the impact of the Second World War on GCHQ and the breakthroughs made after the war was over.

Today's GCHQ struggles with some of the most difficult issues of our time. A leading force of the state's security efforts against militant terrorist organisations like Al-Qaeda, they are also involved in fundamental issues that will mould the future of British society. Compelling and revelatory, Aldrich’s book is espionage writing of the utmost importance.