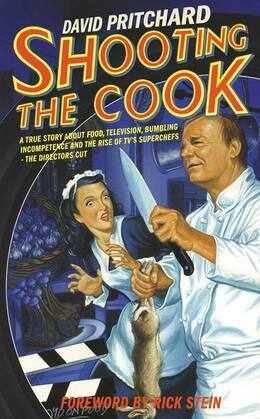 The true story of a bumbling and undistinguished television producer who inadvertently changed the landscape of cookery programmes forever to give rise to the world of the 'celebrity chef'.

As the producer behind the phenomenally successful Keith Floyd and Rick Stein BBC cookery programmes, David Pritchard tells the tale of the ascent of the chef celebre. Twenty five years ago, no one could have foreseen the incredible popularity commanded by food programmes on television today. Now we have a whole army of chefs representing virtually every single personality trait from sexy to aggressive, to young and experimental. But back then, charismatic, erratic, always happy to have a slurp of wine or two and not afraid to say exactly what he thought on air, Floyd was a revelation. This was a chef that television had not seen the like of before. Freed from the constraints of studio filming, Floyd brought us the idea of cooking on location, but most importantly, he simply invited viewers to have fun and enjoy being in the kitchen.

Shooting the Cook divulges the stories of what went on behind the scenes to the groundbreaking television that inspired the event of modern television chefs as we understand them today. David Pritchard shares the overwhelming excitement that went into making the early Floyd series - from sitting down to a silver service dinner aboard a tiny fishing trawler heading out of the Plymouth Sound, to attempting abortive hot-air balloon adventures over Alsace.

Tangled up amid the tales of the bust-ups, the botched camera shots and the exquisite regional food are reminisces also about the David's life growing up in ration-starved, post-war Britain. Also containing snapshots of life behind the scenes of Sixties television making and spanning the era from when avocados were virtually unheard of to a time where the term 'foodie' has gaining an almost cult-like status, this is an outstanding memoir from the producer who single-handedly changed the face of food as we know it today.