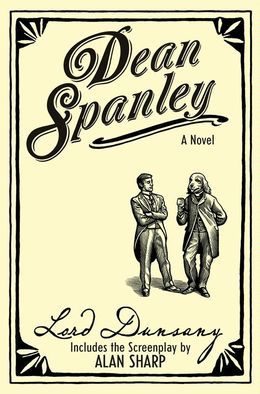 The classic humorous novel about an alcohol-loving clergyman who thinks he is the reincarnation of a dog. Complete with the screenplay and photos from the new film starring Peter O’Toole and Sam Neill.

Dean Spanley is the very archetype of a bland churchman: affable, conventional, prudent without being a prig. Only his keen interest in the transmigration of souls and almost excessive enthusiasm for dogs betray any shadow of eccentricity. And then, richly primed with a few glasses of Imperial Tokay, he slips over the threshold between past and present and becomes a dog. Or are his canine memories no more than fancy? Surely no mere dean could speak so vividly, with such total conviction, of the joys of hunting, of rolling in fresh dung, of baying the moon? No human could know so much of rabbiting, the importance of buying bones, the contemptibility of pigs. My Talks With Dean Spanley, first published in 1936, is certainly Lord Dunsany’s funniest book and, in its unique way, a remarkable tour de force.

This special edition includes Lord Dunsany’s witty and inventive original novel, as well as Alan Sharp’s hilarious screenplay, which faithfully adapts and also expands upon the events in the book. Complete with colour photos and interviews with the principal film-makers, this whimsical, wintry tale about dogs, reincarnation and the effects of alcohol makes perfect Christmas reading for lovers of classic humorous storytelling.