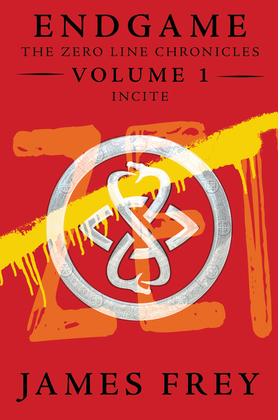 This fourth prequel novella begins a new digital original series in the Endgame world and follows an underground group determined to put a stop to Endgame—and save the world—at any cost. They call themselves the Zero line.

It’s 1972 and Berkeley freshman Mike Stavros believes he finally has some control over his life—until he learns about Endgame and the Players in charge of humanity’s fate. He soon finds himself part of a group of people determined to stop Endgame by hunting down the generation of Players who preceded the Players from today in Endgame: The Calling.

The Zero Line Chronicles Volume 1: Incite introduces readers to an underground conspiracy group with one mission: to kill every Player who intends to compete in Endgame so that Endgame will never happen. Endgame has not yet begun in 1972—but it is coming.