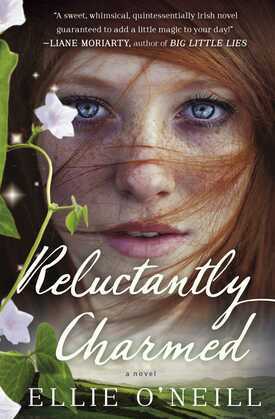 In the spirit of Cecelia Ahearn and Regina McBride, a lighthearted and relatable debut novel about an advertising copywriter who upends her ordinary life and captures the attention of the world after publishing a seven-part treatise on the existence of fairies.

Kate McDaid thought that going to the reading of her great-great-aunt?s will would be just another non-event in her ordinary life. A junior copywriter at an advertising agency in Dublin, she was used to spending her days wrangling clients, over-indulging in chocolatey products, and whiling away nights at the pub with her best friends, using her trusty bicycle to get around town. Instead, Kate finds out that the will and her aunt (also known as the Red Witch of Knocknamee) dictates that Kate must publish a series of strange poems called ?The Seven Steps? under her own name in order to inherit the rest of her aunt?s estate.

And those poems? They?re a mysterious treatise on the importance and existence of fairies?

Kate decides to publish the Steps on a friend?s website, thinking that the low traffic on the site would let her posts go unnoticed. She never could have imagined that in a matter of days, she would find herself a local celebrity with her own group of devotees and the target of a mysterious and glamorous newspaper reporter. Even Dublin?s rock-and-roll sweetheart?and Kate?s onetime fling?writes a song inspired by the Steps.

While the Steps strike a chord across Ireland and the world, Kate takes the message to heart. But as the tone of each Step moves from free-spirited to sinister, Kate must decide if she will go through with publishing all seven Steps?or protect humankind from an ancient evil.

Infused with just enough magic and everyday familiarity that anyone can relate to, this fantastic debut is a page-turner with the perfect mix of humor and mystery.