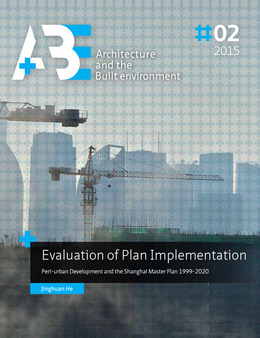 p
spanShanghai, like the other big cities along China’s coastline, has witnessed extraordinary growth in its economy and population with industrial development and rural-to-urban migration generating extensive urban expansion. Shanghai’s GDP growth rate has been over 10 per cent for more than 15 years. Its population in 2013 was estimated at 23.47 million, which is double its size in 1979. The urban area enlarged by four times from 644 to 2,860 km2 between 1977 and 2010. Such demanding growth and dramatic changes present big challenges for urban planning practice in Shanghai. Plans have not kept up with development and the mismatch between the proposals in plans and the actual spatial development has gradually increased, reaching a critical level since 2000. This issue of A+BE asks to what extent have spatial plans influenced the actual spatial development in the peri-urban areas of Shanghai by paying particular attention to the role of the Shanghai Master Plan 1999-2020 (Plan 1999)./span
/p