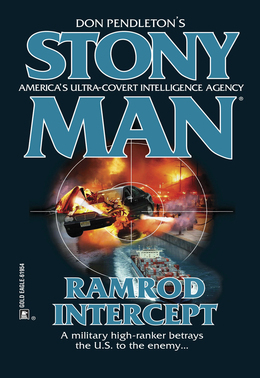 In the covert world of clandestine operations, Stony Man is the President's deniable expendable–a ready-reaction force that officially doesn't't exist. For this elite fighting team, there's no glory, just the knowledge that a successful mission means one less threat…

for the moment. But now a traitor in America's military has made a deal that could alter the balance of power in the West.…

It's the next step in silent, invisible warfare and now the Ramrod Intercept technology has fallen into the hands of America's most virulent enemies. The head of a black ops U.S. military facility has made a deal with an exiled Sudanese general, a monster willing to share the weapon's destructive capabilities with an army of terrorists in exchange for shock troops on his blood march to take Khartoum. Stony Man's grim three-way mission: find the traitor, stop a devastating coup and retrieve America's secret weapon.