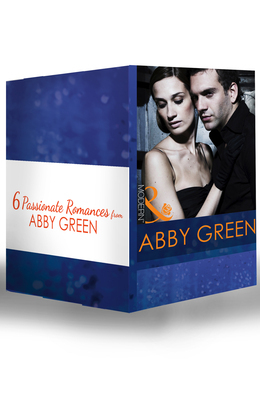 He would take revenge by taking her as his bride… When Greek shipping magnate Alexandros Kouros wed Kallie Demarchis, press pictures showed a couple who were madly in love - but behind the glamorous, happy scenes lay a very different story…

Bought for the Frenchman’s Pleasure

As a top model, Sorcha Murphy commands a high price. Romain de Valois knows Sorcha is damaged goods–her hedonistic reputation speaks for itself. But he wants her for one final assignment, and he's prepared to pay.

Cynical, ruthless Dante D’Aquanni is a powerful man with a reputation to uphold. When Alicia Parker turns up at his Lake Como villa with the press in tow, claiming he’s responsible for her sister’s pregnancy, he’s furious. He knows her kind – and he’ll make her pay!

Rowan had discovered two things that would change her life for ever. The first filled her with joy – she was pregnant! The second was something that she felt compelled to keep to herself – even from her husband…

Pascal Lévêque had his sights set on Alana Cusack – once half of an infamous celebrity couple, Alana’s marriage was a sham. Now, as the tycoon’s mistress, she feels loved – but then one night leads to a baby!