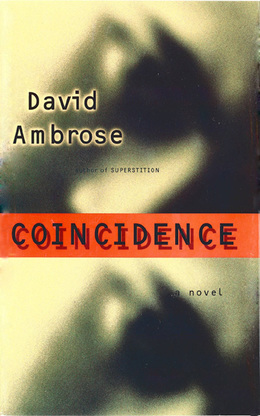 From the critically acclaimed author of The Man Who Turned Into Himself and Superstition comes a truly bizarre and mind-twisting tale of murder, suspense, and coincidence. Isn't it odd how you can just be thinking about someone and they happen to call you on the phone that very moment? Or when you come across a picture of a friend you haven't seen in years and she suddenly bumps into you on the street the next day? That type of thing happened to George all the time, which is why he started investigating the fascinating world of coincidences and synchronicities. In fact, it's while writing a book on the subject that the most remarkable experience of his life occurs: he runs into Larry Hart, the identical twin brother he never knew he had. Or so he believes. As George gets to know this newfound twin brother, stranger and stranger things begin happening, until George realizes that Larry is not really his identical twin, but someone else entirely. While trying to get to the bottom of the identity of his mysterious twin, George discovers the real reason for coincidences and synchronicities-and why they're not nearly as innocent as they seem.
Based on the real metaphysics of synchronicities, COINCIDENCE is a chilling and suspenseful novel about one man's search for the reason behind coincidences-and the shocking and murderous truths he uncovers.