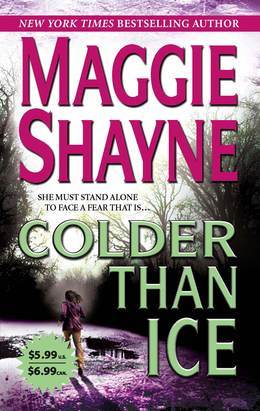 by Maggie Shayne (Author)
Fiction Thrillers
EPUB
26 loans, One at a time
Details

Seventeen years ago, government agent Joshua Kendall was part of the raid on the cultlike Young Believers compound.

His own bullet killed an innocent girl, and he has lived with the guilt ever since. But a new assignment will reveal that the most shattering incident of Josh's life was nothing more than a lie. Elizabeth Marcum was that girl. She survived the bullet from the botched raid and now lives under a new identity in rural Vermont, hiding from the cult leader who has managed to elude capture all these years.

But she's tired of running, tired of hiding. If Mordecai Young tracks her down, so be it. When Josh is sent to protect Elizabeth–and realizes who she is–he will do anything to keep her alive, including lying about who he is. But as Mordecai descends back into their lives they become targets in a deadly battle that threatens to shatter their last chance at life and love.