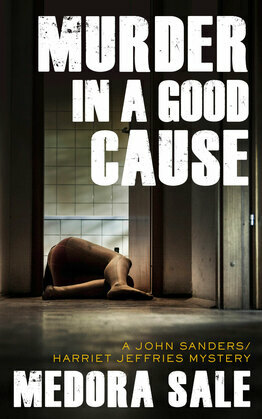 Murder In A Good Cause

When the rich and glamorous Clara von Hohenkammer collapses dead at a dinner party, Toronto Police Inspector John Sanders is called in to lead the investigation. With a house full of guests to interview, Sanders’s investigation is complicated by the fact that one of the witnesses is Harriet Jeffries—the architectural photographer Sanders is romantically involved with.

As the investigation turns towards those closest to the victim—her daughters and nephew—Sanders and Jeffries find themselves drawn into a world of radical politics and high-stakes theft. And with a killer still on the loose, the pair must solve Clara’s murder before becoming targets themselves.

Murder in a Good Cause is the third novel in the John Sanders/Harriet Jeffries mystery series.