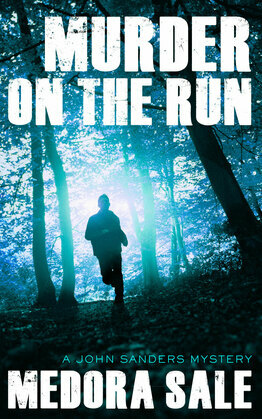 Murder On The Run

As a dangerous killer stalks women on the streets of Toronto, a young schoolgirl is kidnapped in what appears to be an unrelated incident. But as Toronto Police Inspector John Sanders examines the evidence, he uncovers a disturbing web of false identities, drug trafficking, and worse, police corruption.

Racing against time, can Sanders put all of the puzzle pieces together in time to protect those he cares about most?

Murder on the Run is the first novel in the John Sanders/Harriet Jeffries mystery series. It is followed by Murder in Focus, Murder in a Good Cause, Sleep of the Innocent, Pursued by Shadows, and Short Cut to Santa Fe.

“[Sale] has an acute eye for observing the current scene and an ability to construct complex plots.”—Quill & Quire