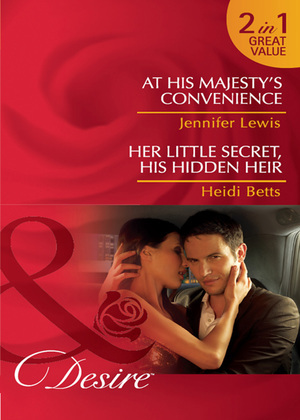 At His Majesty’s Convenience

When her boss accepted the role of king for a far-off land, Andi Blake willingly followed. Yet despite her devotion, Jake Mondragon had never looked at her with desire. Until Andi lost her memory and forgot she shouldn’t throw herself into her boss’s arms. Surprised – and enticed – by his secretary’s actions, the King thought Andi’s amnesia very convenient, but then she inconveniently regained her memory!

Her Little Secret, His Hidden Heir

Face-to-face with his ex-wife again, millionaire Marcus Keller received more than a jolt of deep attraction. He discovered he was a daddy. Vanessa had been pregnant when they divorced, bore him a son and kept it a secret. It was a betrayal he’d find it hard to forgive. But there was no way he would walk away from his child…his heir.