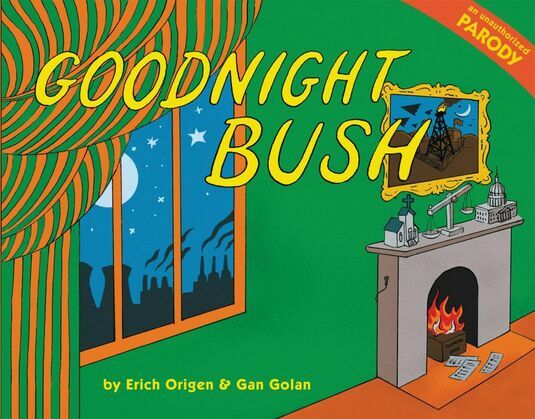 A brilliant parody of the children's classic Goodnight Moon, built around the coming end of the worst presidency ever.

Goodnight Bush: An Unauthorized Parody is a hilarious and poignant visual requiem for the Bush administration. In it we see a childlike George W. Bush tucked safely away in the confines of his own room with all of the toys he's willfully destroyed, abused, or defaced. Complete with a quiet Dick Cheney whispering "hush," this bedtime story lets us finally say goodnight to the disaster that was the last eight years.