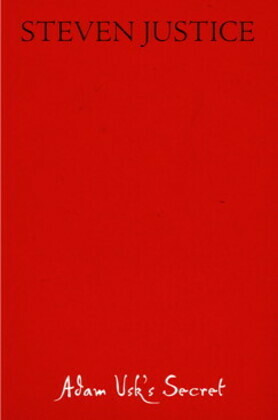 by Steven Justice (Author)
Excerpt
Nonfiction History Medieval Literary essays
warning_amber
One or more licenses for this book have been acquired by your organisation details
EPUB
Unlimited loans, One at a time
Details

Adam Usk, a Welsh lawyer in England and Rome during the first years of the fifteenth century, lived a peculiar life. He was, by turns, a professor, a royal advisor, a traitor, a schismatic, and a spy. He cultivated and then sabotaged figures of great influence, switching allegiances between kings, upstarts, and popes at an astonishing pace. Usk also wrote a peculiar book: a chronicle of his own times, composed in a strangely anxious and secretive voice that seems better designed to withhold vital facts than to recount them. His bold starts tumble into anticlimax; he interrupts what he starts to tell and omits what he might have told. Yet the kind of secrets a political man might find safer to keep—the schemes and violence of regime change—Usk tells openly.

Steven Justice sets out to find what it was that Adam Usk wanted to hide. His search takes surprising turns through acts of political violence, persecution, censorship, and, ultimately, literary history. Adam Usk's narrow, eccentric literary genius calls into question some of the most casual and confident assumptions of literary criticism and historiography, making stale rhetorical habits seem new. Adam Usk's Secret concludes with a sharp challenge to historians over what they think they can know about literature—and to literary scholars over what they think they can know about history.