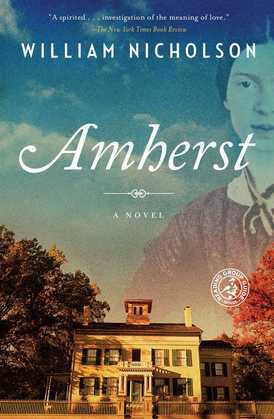 From an Oscar-nominated screenwriter, ?a wonderfully smooth, sinuous, enigmatic, and sexy tale of two love affairs? (Providence Journal) set in Amherst and illuminated by the presence of Emily Dickinson.

Alice Dickinson, a young advertising executive in London, decides to take time off work to research her idea for a screenplay: the true story of the scandalous, adulterous love affair between Emily Dickinson?s married brother, Austin, and a young, Amherst College faculty wife named Mabel Loomis Todd. Austin, twenty-four years Mabel?s senior and the college treasurer, lived next door to his reclusive sister, who allowed her home to be used for Austin and Mabel?s trysts.

Alice travels to Amherst, staying in the house of Nick Crocker, a married English academic in his fifties. As Alice researches Austin and Mabel?s story and Emily?s role in their affair, she embarks on her own affair with Nick, an affair that, of course, they both know echoes the one that she?s writing about.

Using the poems of Emily Dickinson throughout, historically accurate and meticulously recreated from their voluminous letters and diaries, ?William Nicholson deftly weaves Mabel?s story with Alice?s, shedding light on the timeless longing, lust, and loneliness of love? (People). Amherst is a provocative and remarkable novel: ?The poetry and history go down easy, the lovers fall hard, and the tragic, treacherous terrain of romantic entanglement is well explored? (Elle).