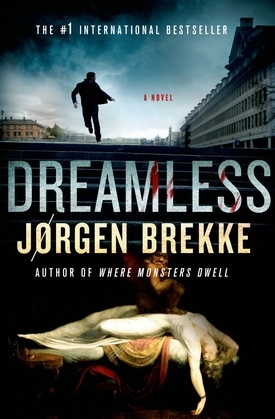 A promising young singer is found dead in a clearing in a forest, gruesomely murdered?her larynx cut out, and an antique music box placed carefully atop her body, playing a mysterious lullaby that sounds familiar, but that no one can quite place. Chief Inspector Odd Singsaker, of the Trondheim Police Department, still recovering from brain surgery, is called in to investigate.

Singsaker, now married to Felicia Stone, the American detective he met while tracking down a serial killer, fears the worst when another young girl, also known for her melodic singing voice, suddenly goes missing while on a walk with her dog one night. As the Trondheim police follow the trail of this deadly killer, it becomes clear that both cases are somehow connected to a centuries-old ballad called "The Golden Peace," written by a mysterious composer called Jon Blund, in the seventeenth century. This lullaby promises the most sound, sweet sleep to the listener?and as time ticks by, the elusive killer seems as if he will stop at nothing to get his hands on this perfect lullaby.

Jorgen Brekke returns at the top of his game in this nonstop thrill ride through place?and time.