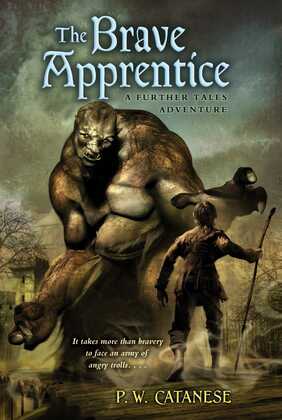 "Seven at one blow!" That's what they say about the Brave Little Tailor -- he killed seven foes with one blow. But no one can prove it's even true. Besides, that took place a long time ago, and the Brave Little Tailor is now an old man. So what happens when an army of angry trolls invades his kingdom?
Meet Patch Ridlin. He's a tailor's simple apprentice in the remote village of Crossfield. He's a hard worker who's never wanted for much, except maybe a little adventure. But when he rescues his friend Osbert from an aging and decrepit troll, Patch finds himself something of a town hero. Word of his bravery quickly spreads throughout the countryside, and Patch is summoned to the king's castle. King Milo needs his help to wage war on a gang of trolls threatening to destroy the kingdom.
Soon Patch finds himself engaged in an all-out battle against the trolls. With only the help of a fool named Simon and a maddening riddle, can Patch figure out the troll's fatal flaw? Or is the kingdom destined to perish?